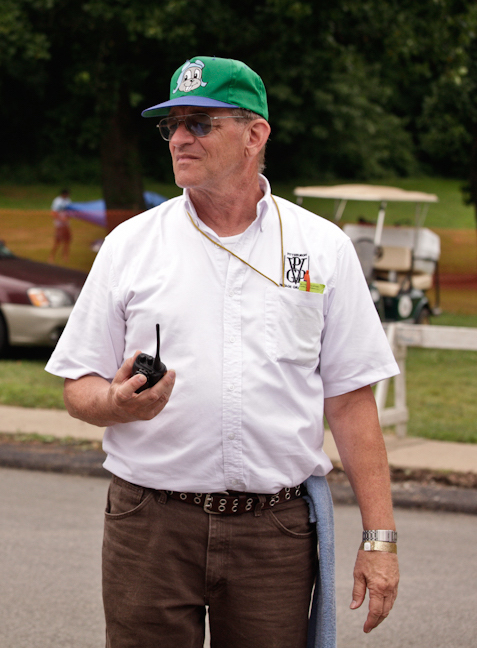 he Pittsburgh Vintage Grand Prix family is deeply saddened to announce that Jim Farrar suffered a heart attack and died at his home on Friday, October 28.

Known as “Rocky” by his family, friends and the entire eastern US motorsport community he was the heart and soul of our volunteers. Rocky was wonderful and caring person and had an incredible impact on our event and will be missed by our volunteers, racers and the City of Pittsburgh. He was 73 years old.

Most nicknames are given when you are young and don’t fit so well later in life. But in this case “Rocky” was a most appropriate nickname. He was a rock, someone you could always count on within the PVGP with his quiet leadership and strong work ethic. One of his most lasting legacies will be that he, along with his sons Greg and Geoff, moved the 2 ton rocks, known as Jersey barriers, around Schenley Park to construct our race course each July. He embodied the true volunteer spirit and character that define our event.

Rocky served on the PVGP Executive Committee since 2006 and was awarded an “Outstanding Volunteer” checkered flag in 2013. In addition to the PVGP, Rocky was a longtime member of the Steel Cities Region, SCCA, serving as a board member and Regional Executive. 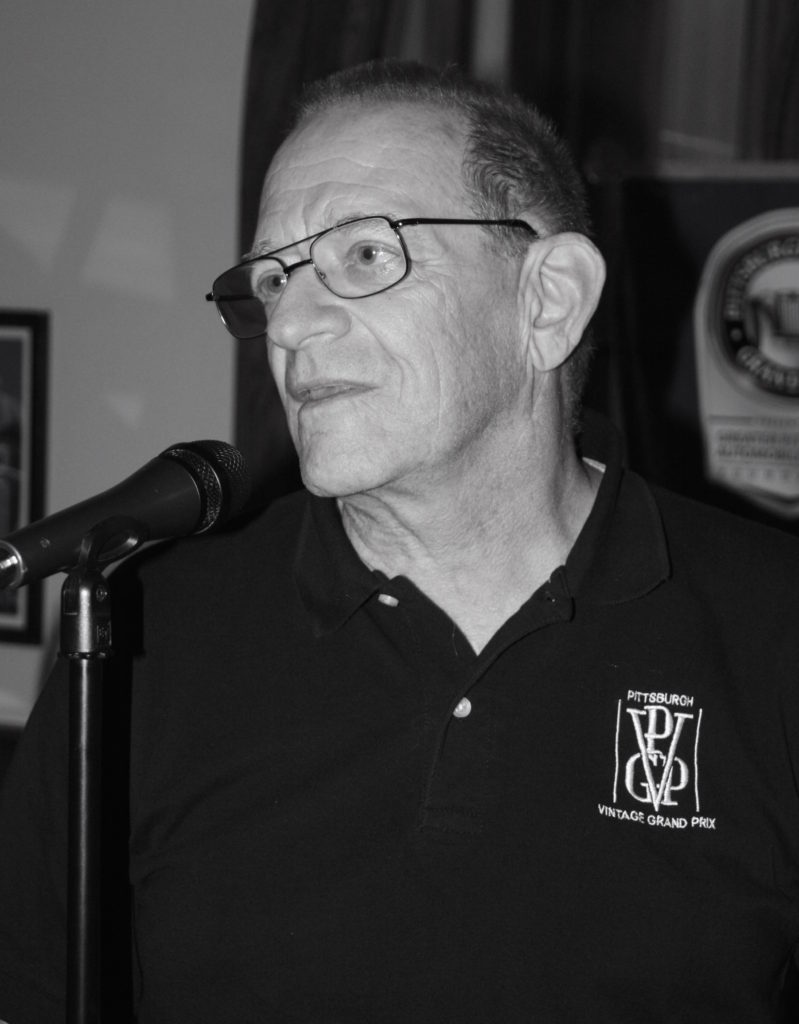 A memorial service will be held on Saturday, November 5 from 2:00 -4:00 PM
Ferguson Funeral Home
700 Broad Avenue
Belle Vernon, PA 15012
In lieu of flowers the Farrar family requests that donations be made to the Pittsburgh Vintage Grand Prix Association which will given directly to the Autism Society of Pittsburgh and Allegheny Valley School. You can make a donation on-line here or mail your donation to the PVGP at 1000 Gamma Drive, Suite 106, Pittsburgh PA 15238.

PVGP Chairman of the Board Dan Taylor said that “Rocky was the cornerstone of our raceside operations. When Rocky was present, there was a calm because you knew he had everything was in control. He was a modest leader and his actions spoke louder than his words.”

Former PVGP President and Race Director Mike Connolly first met Rocky at a race back in 1966 and knew him best saying “he was our rock, he never said no. He seemed to know everybody and they were all pleased to call him a friend. He saved me and this event more times than anybody will ever know”.

Bob Speer is an Executive Committee member that served alongside Rocky since 2006 . He expressed what so many fellow volunteers feel “Rocky will be remembered for his dedication, reliability, and tremendous heart for the Grand Prix. He was a man that the more I got to know him the more I liked and respected him.  His quiet humor, friendship and immense ability to handle any situation with grace will be sadly missed by all of us. Working beside Rocky for many years has been a real blessing. I thank God for him as we pray for peace for his family”.

Copyright 2021 - This website is the sole property of the Allegheny Chapter BMW CCA Incorporated, a Pennsylvania corporation.